Pro-IS cleric gets death for inspiring terror attacks in Indonesia 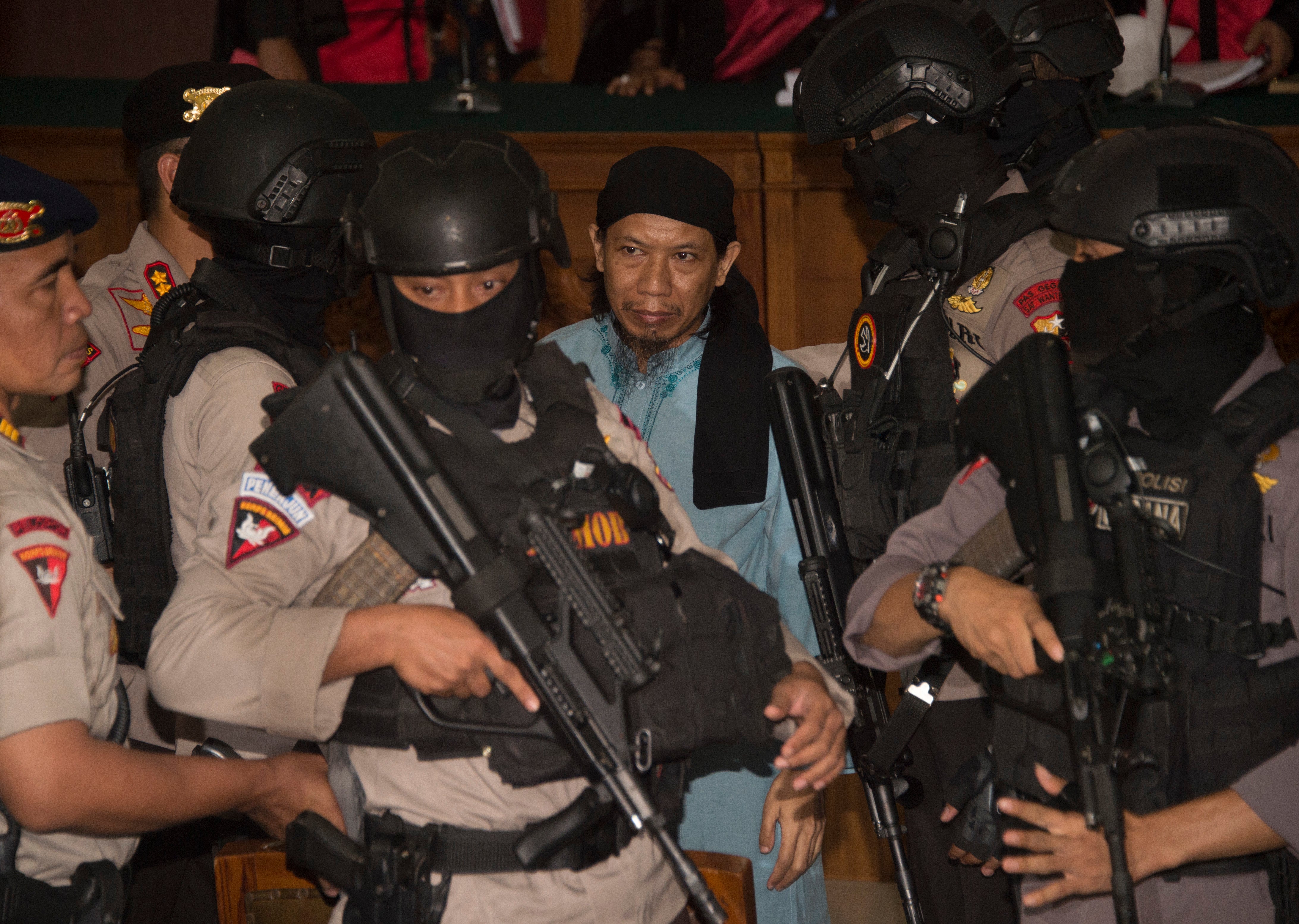 Indonesian anti-terror police officers escort Aman Abdurrahman (C), who masterminded a 2016 gun and suicide attack in the capital Jakarta that left four attackers and four civilians dead, after hearing the judges’ verdict at a South Jakarta court in Jakarta on June 22, 2018. Indonesian cleric Aman Abdurrahman was sentenced to death over his role in a 2016 Islamic State terror attack that saw a suicide bomber blow himself up at a Jakarta Starbucks cafe. / AFP PHOTO / BAY ISMOYO

“The defendant has been found guilty beyond reasonable doubt of inciting others to commit terrorism,” presiding judge Akhmad Jaini read in the verdict.

Aman, the de facto leader of Jamaah Ansharut Daulah (JAD), a local affiliate of the Islamic State (IS) terror group, had been found responsible for inciting others to commit at least five terror attacks in Indonesia, including the Thamrin shootings and suicide bombings in 2016 on Jl. MH Thamrin in Central Jakarta and the Kampung Melayu bombings in East Jakarta last year.

The panel of five judges found his teachings were behind the terror attacks.

Aman denied that he was involved in the attack, despite admitting that he had urged his followers to go to Syria to join the IS in its quest to establish a global caliphate.

He denounced in his defense plea the recent terror attacks in Indonesia, saying the perpetrators were ignorant and mentally ill.

The judges dismissed Aman’s claim, saying based on witnesses’ testimony he had instructed his followers to create chaos and panic in Indonesia as mandated by IS leader Al-Baghdadi.