Gatchalian says ‘No’ to drug testing for elementary pupils 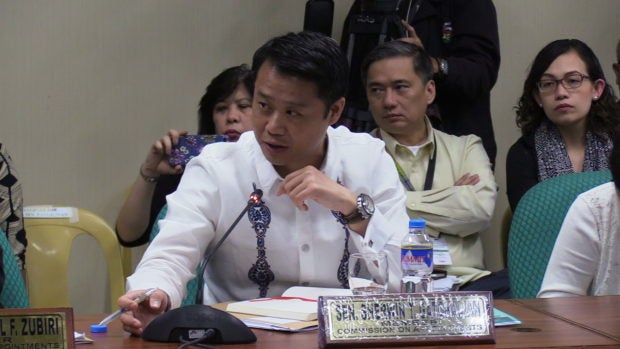 Senator Sherwin Gatchalian opposed on Sunday the proposal of the Philippine Drug Enforcement Agency (PDEA) to conduct mandatory drug testing on teachers and pupils Grade 4 and up.

Gatchalian said the Department of Education (DepEd) had enough prevention programs in order to lessen the drug use of minors.

“Subjecting elementary students to random drug tests would create an atmosphere of confusion, discomfort, and fear that would stunt their emotional and psychological development,” Gatchalian said in a statement.

Gatchalian also said that PDEA had not provided enough evidence to justify mandatory drug testing for elementary students and teachers.

Earlier, the PDEA said it caught a 10-year-old, Grade 4 pupil using drugs. It also said three teachers were arrested with a cache of illegal drugs.

“A severe and heavy-handed policy like this should first undergo careful study by experts, and consultation with all stakeholders, especially parents and students,” he said.

“There is no legal basis for conducting random drug tests on elementary students. Section 36(c) of the Comprehensive Dangerous Drugs Act of 2002 (Republic Act 9165) only authorizes drug testing for secondary and tertiary students,” he added.

Citing Section 36 (c) of the Comprehensive Dangerous Drugs Act of 2002 or Republic Act 9165, Gatchalian contested that only secondary and tertiary students are mandated to have a drug testing. /cbb