Batanes, the smallest province in the country, was annexed to the Philippines by the Spanish colonial state.

Before the province was added to the Philippines, the locals, known as Ivatan, agreed to become subjects of the king of Spain in 1773.

Batanes was then called Provincia de la Concepcion. It remained under Spanish rule until September 1898.

Batanes, which is made up of 11 islands and is the least populated province in the country, celebrates its founding day every June 26.

Major sources of income include farming and fishing. 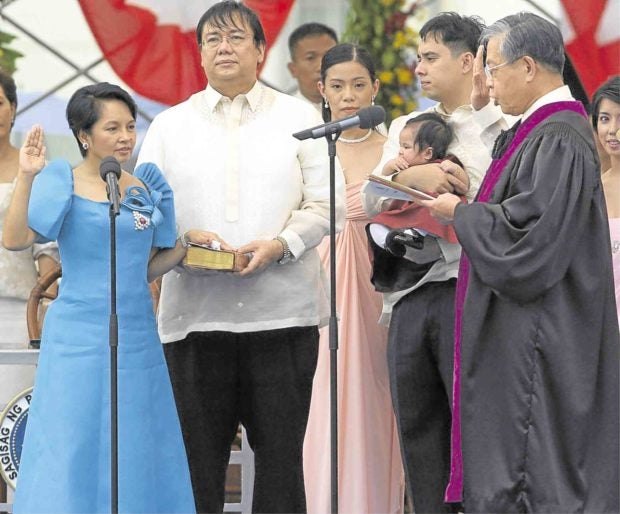 Gloria Macapagal-Arroyo, the 14th President of the Philippines, was sworn into office at the Cebu provincial capitol in Cebu City, Cebu province, by then Chief Justice Hilario Davide Jr.

Arroyo, who was the first President to be inaugurated in Cebu, was the second Philippine President — after the late dictator Ferdinand Marcos — to serve at least two successive terms.

Former President Fidel V. Ramos, members of the Cabinet and some foreign dignitaries graced the ceremony in Cebu.

At least 7,000 military and police personnel were involved in the security operation for Arroyo’s historic oathtaking, which had a fiesta-like atmosphere.