Duterte: Gov’t won’t spend for frequencies to be given to 3rd telco player | Inquirer News

Duterte: Gov’t won’t spend for frequencies to be given to 3rd telco player 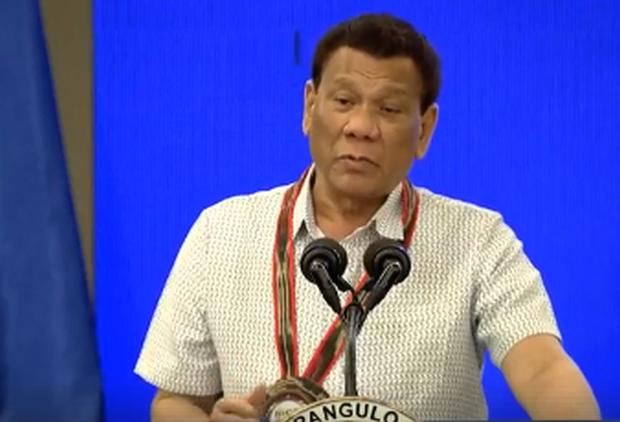 DAVAO CITY – President Rodrigo Duterte on Friday said the government would not spend for the frequencies that he wanted to be redistributed to the new telco player, saying it would be given by the government for free anyway.

“I’m not trying to insult, but we give the frequency for free in order to encourage everybody to come in,” he said in a speech at the National Information and Communications Technology Summit 2018 held at the SMX Convention Center here.

He said that Eliseo Rio Jr., the acting secretary of the Department of Information and Communications Technology, had spoke about “two good lines” that a “wheeler-dealer” had sold to two telcos.

The two telcos, he said, would want the government to pay if they would return it.

“The one who just came in wanted to get that. It was given by the government for free. But these two giants actually got it from this wheeler-dealer, bought it a price. I don’t have anything against it, it’s business,” he said.

But the President said what had been given for free should not be sold.

As early as January, Rio had already admitted that there were no more 2G frequencies, which support text messaging, for a third telco player because there were all controlled by PLDT and Globe.

He said the third player would have to contend with 3G and 4G frequencies, which the government still has. /atm