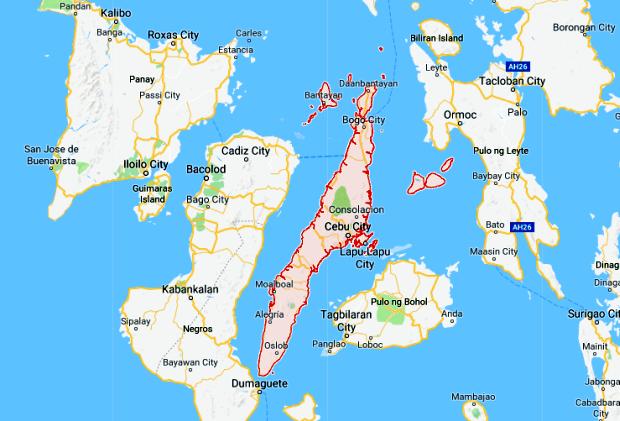 CEBU CITY — Youngsters beware. Loitering on the streets at night would no longer be allowed in Cebu.

The police in Cebu City were preparing an operational plan to implement Oplan Tambay, the government’s anti-loitering campaign to curb crimes.

Since Tuesday, he said operatives from all 11 police stations hadrounded up at least 145 persons who were wandering on the streets late at night.

They were immediately released after they were admonished and told about the nationwide campaign to get rid of “tambays” at night.

“What we are doing now is to warn people about what we are going to implement. We do this to keep Cebu City safe. As they say ‘Sa ikauunlad ng bayan, disiplina ang kailangan,” Senior Supt. Joel Doria, Cebu City police director, said.

(For a nation to progress, discipline is needed.]

The program, which was implemented in Metro Manila last week, may be launched in Cebu next week.

According to Doria, the intensified campaign against loiterers is in compliance with the directives of President Rodrigo Duterte and Director General Oscar Albayalde, Philippine National Police (PNP) chief.

The southern city of Talisay had also started rounding up loiterers on the streets from 10 p.m. on Thursday to 6 a.m. the next day.

Chief Insp. Mercy Villaro, spokesperson of the Mandaue City Police Office, said the crackdown against tambays at night would help address the problem of fraternities in the city.

“We hope this program will also lessen victims of physical injuries and vehicular accidents – most of whom were drunk persons,” she said.

But lawyer Arvin Odron, director of the Commission on Human Rights in Central Visayas (CHR-7), said they asked the police officials to suspend the implementation of the program against tambays in the absence of a clear-cut guidelines.

“The CHR wants to know what constitutes ‘tambay’ because giving the law enforcement the discretion to interpret it without defining it on the guidelines is very dangerous and prone to abuse,” he said.

Doria assured the public that police officers would not violate rights in carrying out their mandate.

“Respect for human rights is always paramount. We invite the CHR to accompany us during the implementation of the Oplan Tambay to make sure police are doing things within our mandate,” he said.

Those who would be rounded up, Doria said, would undergo profiling by the police to find out if they had existing arrest warrants.

The police would also coordinate with the Department of Social Welfare Development to help find shelters for street dwellers and those sleeping on the streets at night.

Doria urged the parents to help the police in reminding young people to avoid staying on the streets at night.

But he said none of the complaints came outside the region.

Gaerlan said police officers would not be encountering any problem in implementing Oplan Tambay since it was not far from Oplan Sita, which also rounded up those who stayed on the streets at night.

He pointed out that, a day after the President announced the rounding up of tambays, police officials immediately moved into action.

He urged the people to “aggressively oppose” the measure “as it would lead to worsening abuses by government forces.”

“This is obviously targeting poor communities, and we are urging the people to carry out ‘direct action,’ against illegal arrests,” Casilao added. /atm