SWS: Number of families victimized by common crimes in Q1 down to 1.5M 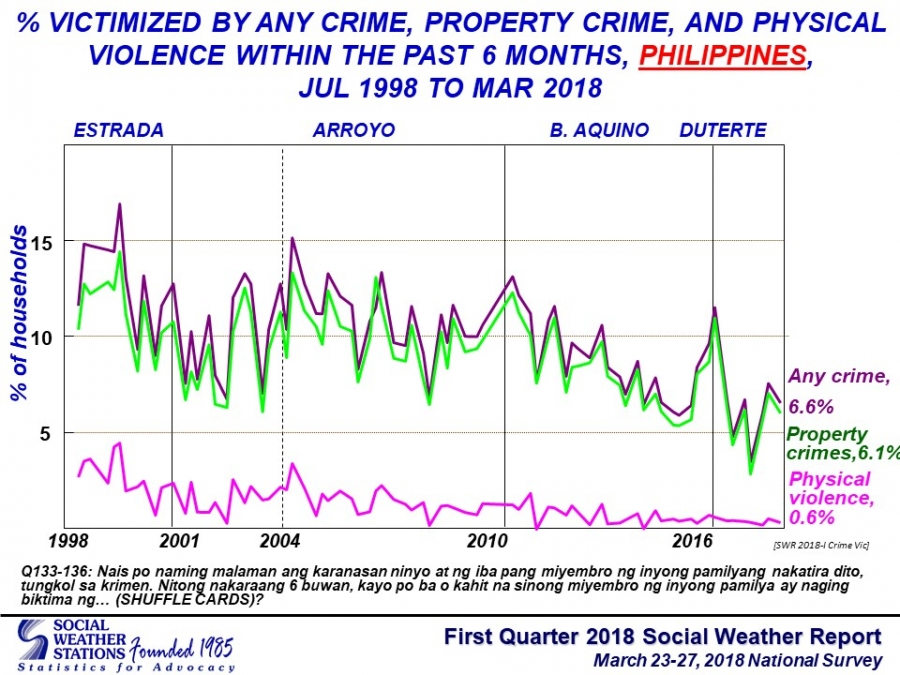 The number of Filipino families victimized by common crimes in the first quarter of 2018 declined to 1.5 million, a survey conducted by the Social Weather Station (SWS) said on Thursday.

A survey conducted by the SWS from March 23-27 found that 6.6 percent or 1.5 million families fell victim to common crimes such as pickpocket or robbery of personal property, break-ins, carjacking and physical violence.

The survey also showed that 6.1 percent or 1.4 million families lost property to street robbery, burglars (break-ins) or carjackers within the past six months.

Family with members hurt by physical violence declined to 0.6 percent from 0.8 percent in December 2017.

SWS noted that victimization by common crimes reported in SWS surveys was much higher than the number of crimes actually reported to the police.

SWS said the survey was conducted using face-to-face interviews of 1,200 adults (18 years old and above) nationwide.