Jail officer gunned down in Bohol 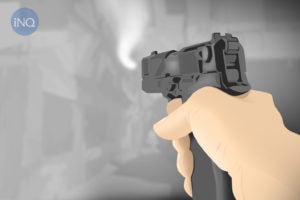 CEBU CITY — A jail officer was killed in an ambush by motorcycle-riding gunmen in Barangay Balintawak, Talibon town, in Bohol on Tuesday.

Tolentin said an initial investigation showed that Encila had just finished his duties at the Talibon District Jail and was driving his motorcycle home to Barangay Corazon of San Miguel town in Bohol when he was tailed by two men on a motorcycle at past 4 p.m.

When Encila reached Barangay Balintawak, the backrider on the other motorcycle pulled out a gun and started shooting Encila.

Tolentin said investigators were still looking into the motive of the killing. /cbb