Cu: Scheme to benefit those who earn less than P330 for hour-long trip
By: Krixia Subingsubing - Reporter / @KrixiasINQ
Philippine Daily Inquirer / 05:05 AM June 20, 2018 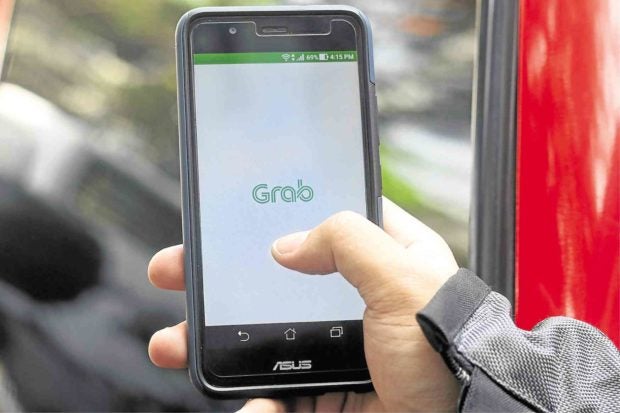 Grab said the subsidy is aimed at encouraging drivers to stay on the road to meet rising booking requests. —RICHARD A. REYES

To augment the shrinking incomes of its driver-partners after the suspension by the Land Transportation Franchising and Regulatory Board (LTFRB) of its P2 per minute travel charge in April, ride-hailing giant Grab has started subsidizing drivers who earn less than P330 for an hour-long trip.

Grab Country Head Brian Cu said in a statement on Tuesday that at least P100 million had been allotted for the fare subsidy scheme which began Monday.

The move would ensure that its driver-partners “still earn decent incomes… while ensuring trips remain affordable for its passengers,” he added.

Cu said that ideally, Grab drivers should earn at least P330 per hour to sustain their daily operations.

But the suspension of the P2/minute travel rate — which Grab had asked the LTFRB to reinstate despite staunch critic PBA partylist Rep. Jericho Nograles’ objections — adversely affected its drivers who complained that their earnings were not enough anymore, Cu explained.

Under its fare subsidy scheme, Grab will offset the cost of an hour-long trip should the fare fall below P330.

“For example, if a ride from Makati to Bonifacio Global City takes an hour because of heavy traffic despite the short distance and [the] fare is computed at P120 only, Grab will return to the driver the P210 difference to make sure he [makes] P330 for that hourlong trip,” Cu said.

He added that the subsidy, to be shouldered wholly by the company, would go on “as long as it is needed and as long as we have the resources.”

Cu said that hopefully, it would encourage more Grab drivers to stay on the road to service the swelling number of bookings every day.

Grab also came under fire in the early days of its acquisition of Uber’s Southeast Asia operations as passengers complained of drivers frequently canceling rides, their unprofessional behavior, as well as low acceptance rates.

The TNC has repeatedly maintained that the number of available Grab drivers (33,000) was not enough to meet the 600,000 daily booking requests.

Aside from Grab, several other TNCs have been authorized by the LTFRB to operate: Owto, Micab, Hirna, GoLag and Hype. An Indonesian TNC, Go Jek, has also expressed interest in coming to the country.