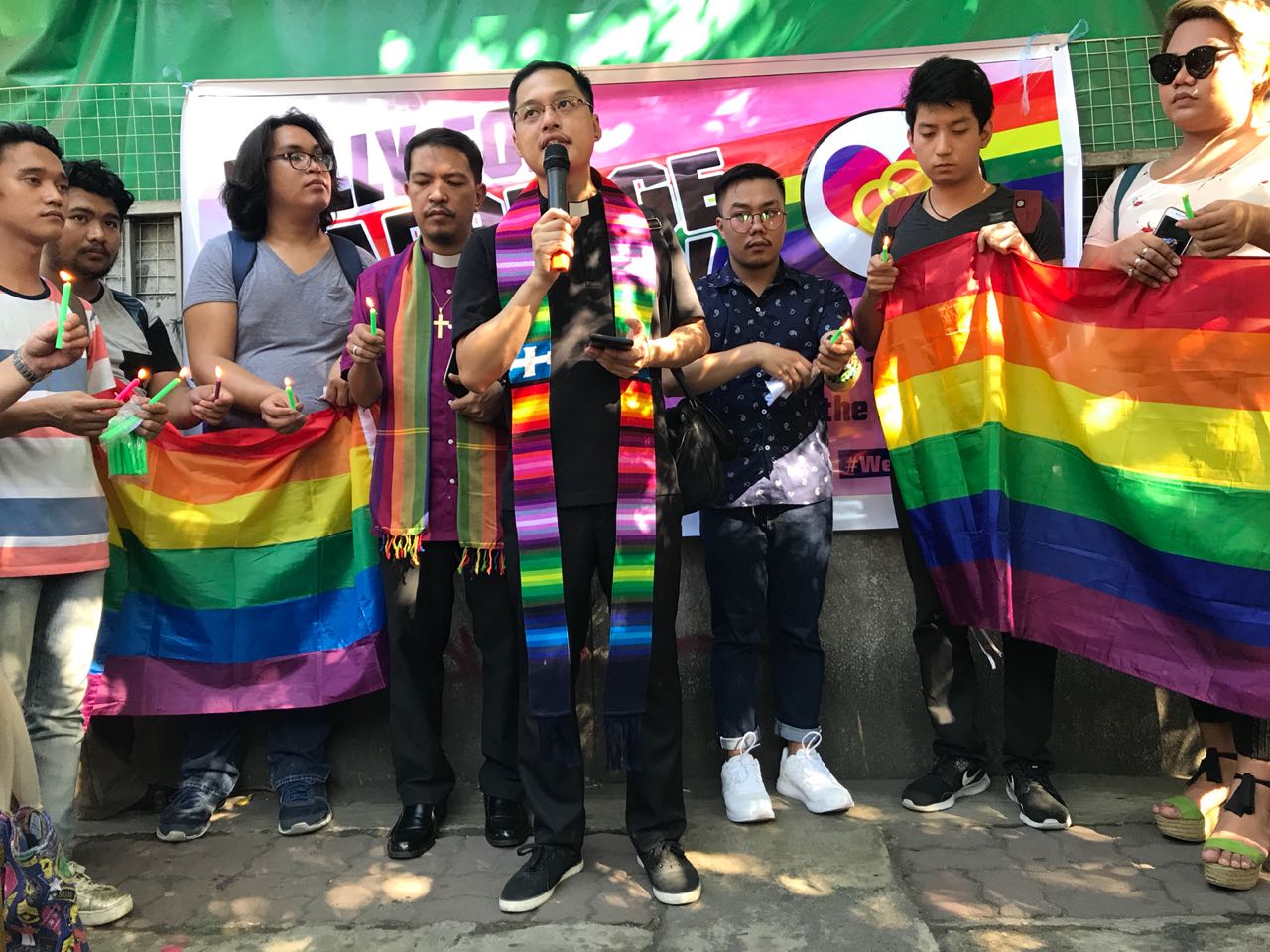 Members of LGBT community and advocates gathered at the Supreme Court on Tuesday, June 19, 2018, as the high tribunal heard oral arguments on the petition for same-sex marriage. (Photo by RYAN LEAGOGO / INQUIRER.net)

Members of the lesbian, gay, bisexual and transgender (LGBT) community rallied outside the Supreme Court (SC) on Tuesday amid a debate on whether or not same-sex marriage should be legalized.

For the first time in history, the SC conducted oral arguments on a petition that seeks recognition for same-sex marriage.

The petition was filed by lawyer Jesus Nicardo Falcis III, who identifies himself as openly gay, at the Office of the Civil Registrar. In his petition, Falcis stressed that the 1987 Constitution does not prohibit same-sex marriages.

Falcis argued that the Family Code of the Philippines, which states that a marriage cannot be valid if the two parties are of the same sex, is unconstitutional.

Vince Liban, member of rights group University of the Philippines (UP) Babaylan, said: “We are all in this because the community stands to benefit from the nullification of these backward and discriminating laws.” /atm

Read Next
Drilon: Aquino admin handled well PH’s maritime dispute with China
EDITORS' PICK
The crisis within: Suicides rise as COVID takes its toll on lives, livelihood
Legarda emphasizes role of ICC/IPs in nation building this IP month
Pharmally scandal: When middlemen profit even during a pandemic
DOTr to defend proposal to increase passenger capacity in public transport
USAID Opportunity 2.0 calls for applicants for grants for out-of-school youth engagement
Work-From-Home is here to stay and requires reliable logistics
MOST READ
Bongbong says PH should modernize infrastructure to become Asia’s next logistics hub
PDP-Laban’s Cusi wing inks coalition deal with Reform Party
Robredo on vote buying: That might be taxpayer’s money so accept it, but vote based on conscience
Karen Davila’s son survives second full-blown seizure, now well
Don't miss out on the latest news and information.