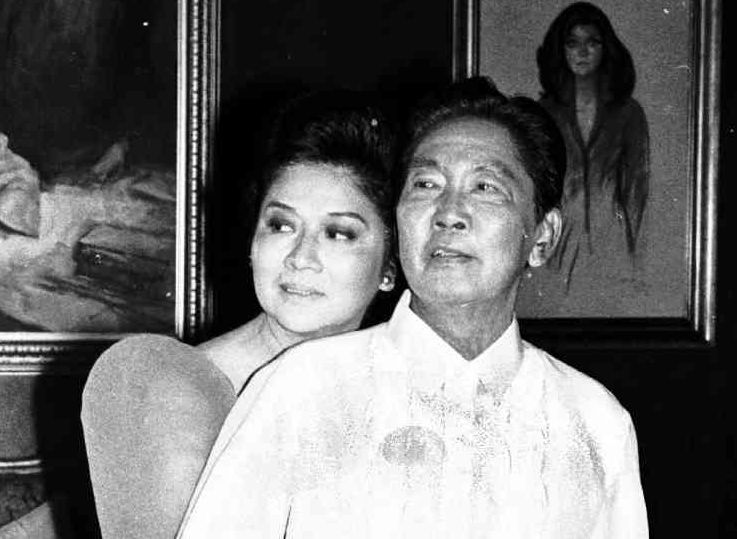 THE MARCOSES Ferdinand and Imelda PHOTO FROM “CHRONOLOGY OF A REVOLUTION”

The Supreme Court (SC) has nixed the government’s bid to claim P51-billion from the estate of the late Ferdinand Marcos and his cronies for damages over alleged ill-gotten wealth.

The Presidential Commission on Good Government (PCGG) had filed a complaint on July 23, 1987 against the Marcoses and his cronies for alleged connivance to acquire ill-gotten wealth through behest loans.

According to the PCGG complaint, Cuenca and the Marcoses connived to create the Construction and Development Corporation of the Philippines (CDCP) in order to obtain ill-gotten wealth.

But the Sandiganbayan, in a ruling on August 5, 2010, dismissed the complaint for insufficiency of evidence since most of the evidence presented consisted of executive issuances of then President Marcos and of court decisions and resolutions.

Executive issuances, the anti-graft court’s ruling explained, were not per se illegal considering that every public official is entitled to a presumption of good faith in the discharge of official duties.

The PCGG had elevated the case to the SC, but the SC’s First Division issued a 28-page decision penned by Associate Justice Noel Tijam that upheld the Sandiganbayan ruling.

“Juxtaposing the specific allegations in the complaint with the Republic’s documentary and testimonial evidence and as against the respondents’ documentary and testimonial evidence showing the dye organization and existence of the CDCP, the Court agrees with the Sandiganbayan that the weight of evidence fails to preponderate in the Republic’s favor,” the SC said.

“In sum, absent preponderant evidence to hold otherwise, the Republic failed to prove that the respondents by themselves or in unlawful concert with one another, accumulated or participated in the accumulation of ill-gotten wealth insofar as the specific allegations in the subject complaint are concerned,” it ruled.