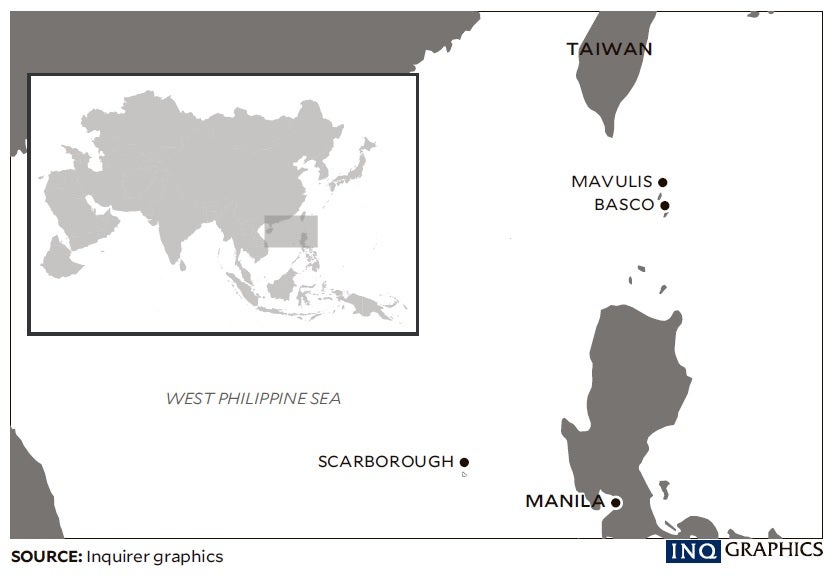 CITY OF SAN FERNANDO — Before any dispute erupts over an uninhabited island in northern Philippines, the government is building a shelter for fishermen on Mavulis Island — the northernmost of the Batanes Islands — to assert the country’s sovereignty, a military official said on Monday.

Part of Batanes province, Mavulis is located 288 kilometers from the northernmost part of the main island of Luzon and 188 km from the southernmost tip of Taiwan.

Known to older natives of Batanes as Dihami—Ivatan for “north”—Mavulis is uninhabited, 22-km long and about 1-km wide, rocky on the coasts but covered in lush vegetation.

It is a traditional fishing ground for Filipinos, Taiwanese, Vietnamese and Chinese, according to Lt. Col. Isagani Nato, public information chief of the military’s Northern Luzon Command (Nolcom).

“[Mavulis] is not contested, but we must make sure that it is not taken by other countries. It’s part of Philippine territory so we are asserting our sovereignty over Mavulis,” Nato said.

He said the Philippine flag would be raised on the island.

If weather permits, the shelter will be finished by August, he added.

The closest inhabited community next to Mavulis is Itbayat town, Batanes.

The online defense news site Update Defense, also quoting Nato, has reported that what is rising on Mavulis is a Marine base.

But Nato said the structure would not serve as military barracks but would function as a “multipurpose facility.”

“Nolcom won’t be stationing troops there on a permanent basis but visits would be undertaken from time to time,” he said.

“The completion of the shelter will increase the presence of local fishermen in the region—contributing to the protection and management of our marine resources as well as enhancing the information gathering around this northern maritime area,” Nato said.

Defense Update has referred to tensions between the Philippines and Taiwan in the overlapping economic zones, mentioning the 2013 shooting of a Taiwanese fisherman by Filipino coast guards in Balintang Channel.

Philippine authorities arrested and brought charges against eight of their coast guards involved in the shooting death of Taiwanese fisherman Hong Shi Cheng, easing a diplomatic row that followed the incident.

The Mavulis project proceeded after Nolcom secured the support of the Batanes government in March.

Republic Cement and Builders Materials Inc. are key sponsors of the project.