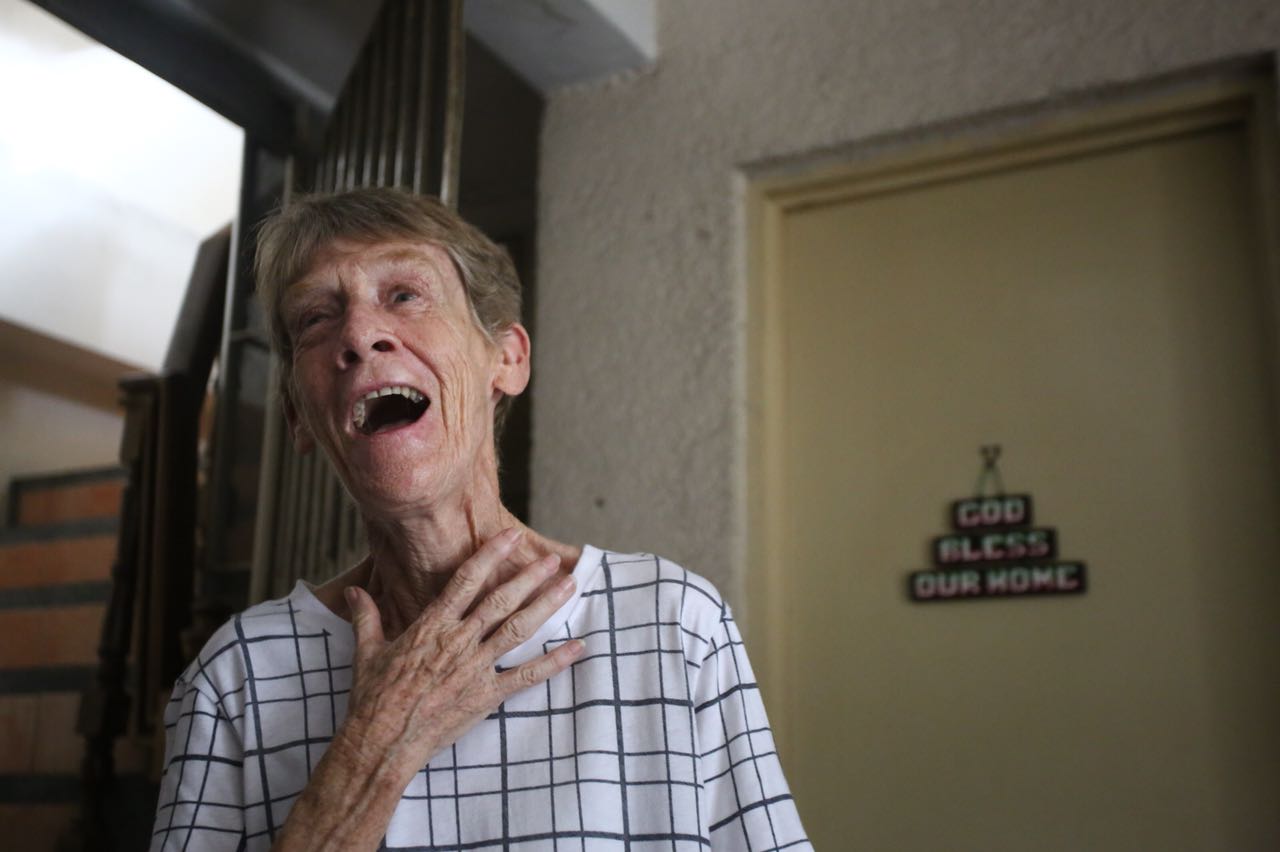 Sister Patricia Fox is ecstatic after learning of that the DOJ has reversed the ruling of the Bureau of Immigration, allowing her to stay in the country for now. (Photo by JAM STA. ROSA / Philippine Daily Inquirer)

Australian nun Patricia Fox will be staying in the Philippines as the Department of Justice (DOJ) has reversed the order of the Bureau of Immigration (BI) that downgraded her missionary visa to a tourist visa.

In a resolution made public on Monday, the DOJ granted the petition filed by Sister Fox, saying the BI has no legal right to forfeit visas.

Guevarra explained that while Philippine Immigration laws give the BI broad powers in regulating the entry and stay of aliens in the country, visa forfeiture is not among those powers.

“Our existing immigration laws outline what the BI can do to foreigners and their papers—including visas—when they commit certain acts within Philippine territory. What the BI did in this case is beyond what the law provides, that is why it has to be struck down,” Justice Secretary Menardo Guevarra said.

While Guevarra agreed with the BI that visa is a privilege, he said “it does not mean that it can be withdrawn without legal basis.”

To tolerate BI’s actions is to “legitimize assertion of a power that does not exist in our laws,” Guevarra said.

However, Guevarra said while the missionary visa is valid, the case against her will be treated as one for visa cancellation, a procedure that is allowed by law.

Guevarra ordered the BI to hear the case on visa cancellation along with the deportation case.

“Until a final resolution of the visa cancellation and/or deportation proceedings is reached, or until the expiration of her missionary visa, whichever comes first, Sister Fox may continue to perform her duties as a missionary in the Philippines,” Guevarra said.

“We respect that resolution by the DOJ secretary,” Roque said in a text message. — With Nestor Corrales/vvp