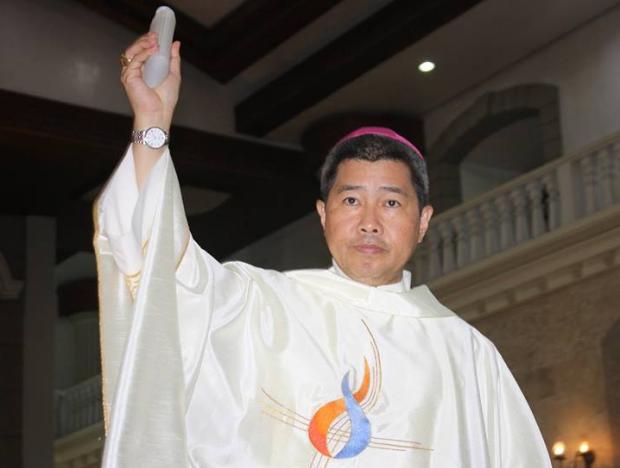 LEGAZPI CITY — All Albay Catholic churches would hold a series of Masses and set up the “holy hours” where the holy sacrament would be displayed to show support of the Day of Reparation launched by the Archdiocese of Lingayen-Dagupan on Monday.

“The clergy of Legazpi will join the Lingayen-Dagupan clergy on Monday in their reparatory acts by way of Masses, holy hours and the ringing of bells,” Bishop Joel Baylon of the Diocese of Legazpi said.

The Archdiocese of Lingayen Dagupan declared June 18, the ninth day since the death of Fr. Richmond Nilo, as a “Day of Reparation” in the archdiocese.

Nilo, a parish priest under the Diocese of Cabanatuan, Nueva Ecija, was was gunned down as he was preparing for Mass on June 10 in Zaragoza town.

Baylon said the activities lined up by the Diocese of Legazpi also include the reading of the pastoral letter of Bishop Socrates Villegas, head of the Catholic Bishops’ Conference of the Philippines (CBCP), on Sunday masses.

Villegas’s pastoral letter was translated into Bicol and will be read in all 47 churches in the province beginning this Sunday.

Baylon said the ringing of bells every 6 p.m. will be moved to 9 p.m.

“[To] encourage our people to the Prayer at Nine again,” Baylon said, referring to the campaign that the diocese started August of last year against extrajudicial killings and violence that came with the government’s war against illegal drugs.

In a phone interview, Fr. Rex Arjona, executive director of Social Action Center of the Diocese of Legazpi, said that priests during the Mass on Monday would be wearing a penitential violet colored vestment or “sotana.”

Arjona, when asked for comment about priests in Laguna who are acquiring firearms for protection against would-be assassins, said: “This issue is no longer new.”

He cited an executive order made by the previous administration of President Benigno Aquino III that allows judges, government prosecutors, journalists, and priests to own and bear firearms for protection.

“Personally, I still believe in a gunless society,” Arjona said. “Let’s leave it to the police and the military for them to carry guns as they are mandated to maintain peace and order.” /atm