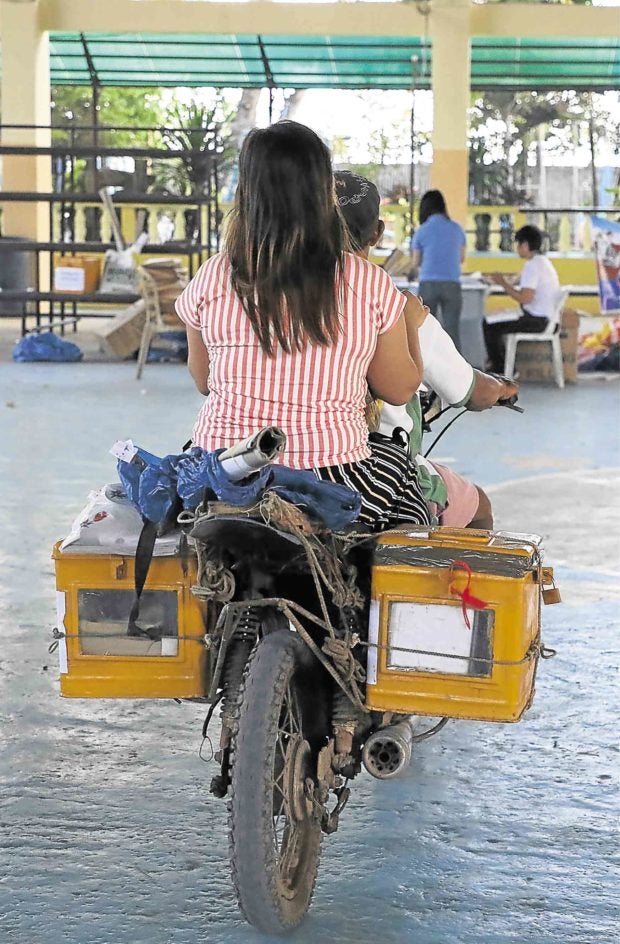 BIGGER ROLE Comelec data showing more women won in the recent village and youth council elections were encouraging news for advocates of gender equality. It was also a sign of bigger roles for women in elections, other than transporting ballots like this woman does in a Cebu town. —TONEE DESPOJO/CEBU DAILY NEWS

More women emerged as winners in the recent village and youth council elections, according to data from the Commission on Elections (Comelec).

Comelec data showed that more than 35 percent of winners in the elections (67,861) were women, up from 20 percent in previous elections, the Comelec said.

Comelec data showed that more than 36 percent of SK chairs and more than 20 percent of village chairs were women.

In elections for SK officials, more than 44 percent of winners were female, the Comelec said.

“This is a breakthrough,” said Comelec Commissioner Rowena Guanzon, who presented the numbers in a forum on Thursday on gender equality at the University of the Philippines campus in Bonifacio Global City.

Women nowadays, said Guanzon, were more educated and “have access to information and social media that can help them connect with their supporters.”