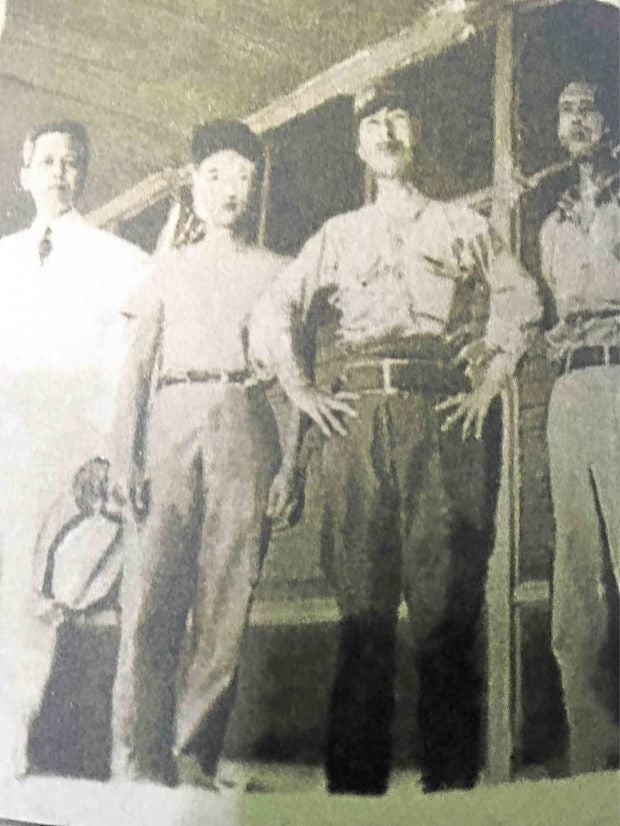 LAST PHOTO This is the last known photograph of Chief Justice Jose Abad Santos with his son, Pepito (second from left).

ANGELES CITY — While Japan has yet to apologize for the death of Chief Justice Jose Abad Santos, the highest Philippine official killed during World War II, his relatives have forgiven those who ordered and carried out his execution 76 years ago in Lanao del Sur province.

“It will be great if they offer an apology, but I think the family is a very forgiving one,” Desiree Ann Cua-Benipayo said after the screening here of “Honor: The Legacy of Jose Abad Santos,” a film produced by Philippine World War II Memorial Foundation in time for the death anniversary of the Kapampangan jurist last month.

The National Historical Commission of the Philippines has corrected the date of his death to May 1, 1942, not May 7, as previously recorded.

Benipayo, who wrote the book version of the film, said the Abad Santos family took the path of forgiveness on the advice of Pepito, the Chief Justice’s eldest son.

Pepito was an Army lieutenant who served as junior aide to Commonwealth President Manuel Quezon.

Abad Santos became acting President of the Commonwealth when the Quezon administration went on exile in the United States after the Imperial Japanese Army invaded the country in December 1941.

The Japanese arrested Abad Santos and his son in Cebu province on April 10, 1942, a few days after the Chief Justice decided to stay behind to help the Visayan resistance.

At the time of the arrest, the Japanese did not know that Abad Santos was acting President, apart from being Chief Justice and secretary of finance, commerce and agriculture, said Benipayo, who is married to his grandnephew.

Pepito’s accounts of the family’s ordeal showed that his father was given no trial before his execution.

The narrative expressed Abad Santos’ steadfast loyalty to the country and his refusal to collaborate with the Japanese and to order the surrender of Manuel Roxas. 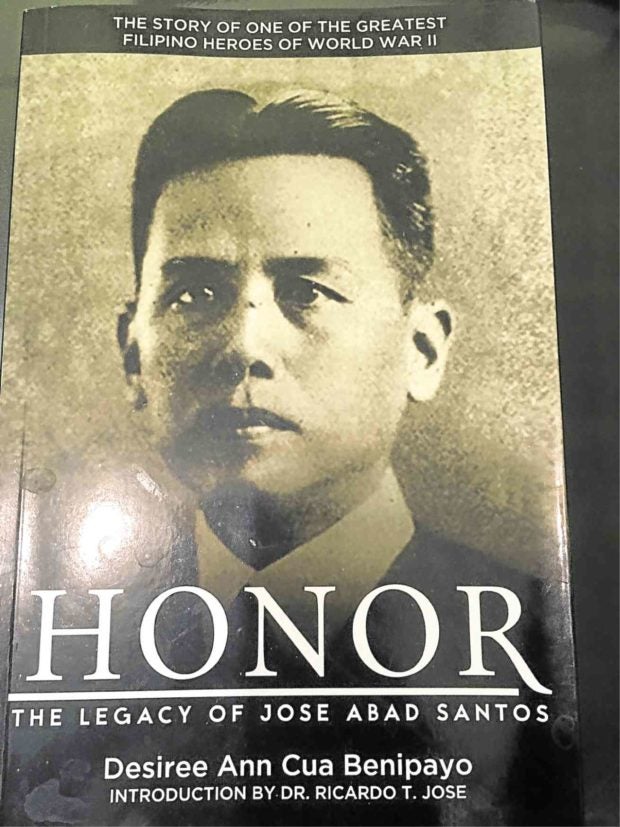 The book (right), “Honor (The Legacy of Jose Abad Santos),” is the most comprehensive account of the acting Philippine President, who was executed for refusing to swear allegiance to Japan during World War II. —PHOTOS FROM ‘HONOR’

Pepito was brought to Japan as a prisoner of war, and the Abad Santos family officially learned about the Chief Justice’s execution in 1945.

The nine Abad Santos siblings, including Socialist Party leader Pedro, as well as the Chief Justice’s five children, have all died.

Before his death in 2004, Pepito informed the family’s third generation that they wanted the Chief Justice “to be remembered just like a soldier in Bataan.”

“[The family had been] so quiet. They’re so very low-key. They missed their father but my thoughts are they felt like he was a casualty of war. He never intended his death so he could be a hero or something,” Benipayo said. “He was doing his duty so I think as far as the family is concerned, they have forgiven everything.”

“But if I were to be asked, I think an apology is in order not just to the Abad Santos family but to the entire Philippines. Imagine, one in every 17 Filipinos died during the war so it would be nice to get an apology from them,” she said.

Justice Manuel Lim had discovered that Abad Santos’ execution was not among the 42 cases for which Gen. Masaharu Homma, commanding general of the 14th Imperial Japanese Army, had been charged, according to Benipayo’s book.

Three US Army planes, two US Army ships, a fleet of jeeps and almost 100 military personnel were mobilized to gather information on the killing, enabling the filing of a case four days before Homma’s arraignment.