Sereno: I was just defending myself 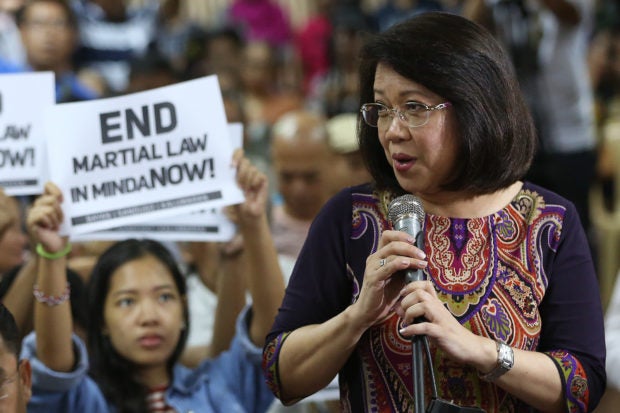 Ousted Chief Justice Maria Lourdes Sereno said she was only defending herself when she spoke out against some members of the Supreme Court and Solicitor General Jose Calida while the tribunal was still deliberating the quo warranto petition that he had brought against her.

In her reply to the high court’s order, Sereno insisted that it would be the “height of injustice” if her erstwhile colleagues proceeded with their warning to remove her from the country’s roll of attorneys for allegedly flouting the sub judice rule and for casting aspersions and ill motives on the justices.

“The public utterances in question did not create any serious and imminent threat to the administration of justice,” Sereno told the magistrates.

“In no way did such utterances prevent or delay this court from rendering its judgment on the petition,” she added.

In fact, she said she merely responded to Calida’s statements in the media against her.

Sereno said her predicament prompted her to explain to the public “after her repeated demands that she be given her right to due process were unheeded.”

Sereno “had to contend with the numerous false and baseless accusations thrown against her all over the media,” read a portion of her comment, filed by her lawyer Alex Poblador.—MARLON RAMOS