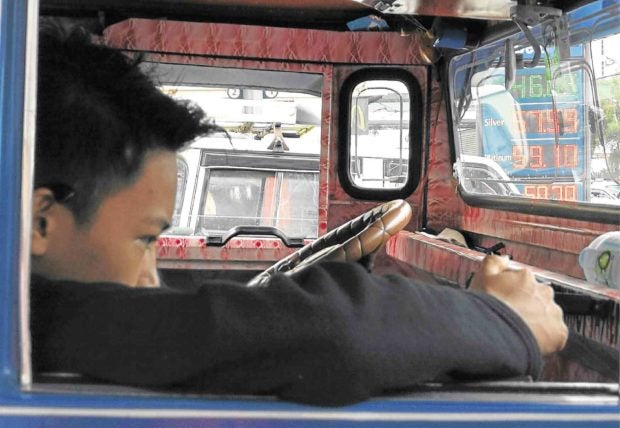 AWAKENING Gas stations in Baguio City now display lower prices after an outrage over prices that were up to P10 higher per liter than those in other areas. —EV ESPIRITU

BAGUIO CITY—Gasoline prices in this city soared to P65.95-P67 per liter three weeks ago that could not be justified by the cost of transporting supplies from refineries in Bataan and La Union provinces, the Department of Energy (DOE) confirmed here on Thursday.

According to computation by the DOE, 18 centavos is spent per liter to haul fuel from La Union to Baguio, a distance of 68 kilometers.

But this would not explain the 13.9-percent markup (P2.75) for fuel sold in this city amid spiraling world oil prices and increased fuel taxes, said Rino Abad, director of the DOE oil management bureau.

Abad met with officials and retailers on Thursday to determine why gas prices here were P8-P10 higher than those in more populated areas like La Union or Metro Manila or in the vegetable-producing town of Buguias in Benguet province, 90 km from Baguio.

But when retailers could not break down the computation for the markup, Abad warned them that unexplained price increases would compel Congress to tackle measures to bring the oil industry back under government regulation. He did not give details about these pending measures.

Abad said the DOE had been meeting with lawmakers to remind them about the advantages of a deregulated oil industry, but controversies like Baguio’s steep prices could push Congress to consider solutions, including setting a cap on oil rates.

The government “gave businessmen the freedom to set their prices, but if you can’t explain where P8-P10 increase came from, that would affect our defense for deregulation,” he said.

How companies compute profit margins, or their costs of doing business, is confidential under a deregulated environment, he said, but fuel price discrepancies in Baguio and neighboring cities and provinces have drawn attention.

In a DOE matrix compiled for May, Baguio gasoline prices were higher by P8.36 than those in Metro Manila, P8.19 in San Fernando City in La Union, P9.73 in Tuguegarao City in Cagayan province and P10.54 in Urdaneta City in Pangasinan province.

Diesel rates were higher by P5.39 than those in Metro Manila, P5.50 in San Fernando City, and P3.69 in Urdaneta and Tuguegarao.

If the “industry take” from Baguio sales was applied nationwide, the supply chain from oil refineries and importers to distributors could earn much more than P60 billion, Abad said, adding that the industry should find a way to reduce the Baguio prices.

When asked if the markup was dictated by suppliers, Baguio retailers said they were not in a position to speak for the oil companies.

But a Petron dealer told Abad that local gas stations had reduced gasoline prices by P5 to P6 and diesel prices by P2 on June 11 “at their own initiative.”

The markup has added up to P2.65 to prices of gasoline, diesel, kerosene and liquefied petroleum gas, a vital household commodity, due to additional excise imposed by the Tax Reform for Acceleration and Inclusion (TRAIN) Act, Abad said.

The P2.65 adjustment was not the fault of oil companies but part of taxation to help generate P60 billion for government projects like the “Build, Build, Build” program, he said.

He said 75 percent of these projects must be financed by the government to prevent it from being overburdened with loans.

The adjustment also included the impact of excise on sugar, which is the source of ethanol, an additive that a 2016 law required to be added to fuel products sold in the country, he said.