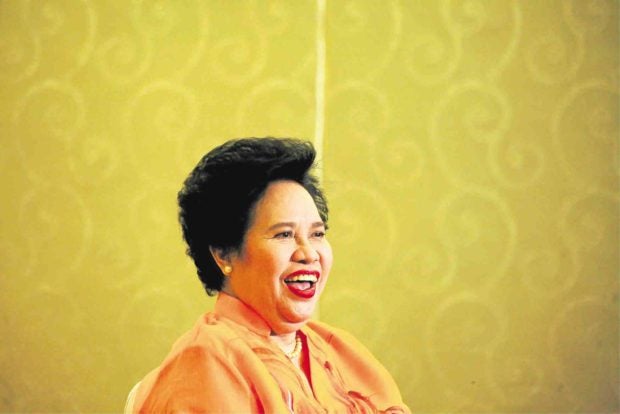 The late Sen. Miriam Defensor Santiago was posthumously nominated for the Quezon Service Cross, the country’s highest civilian award, in December 2017, more than a year after she passed away.

Both chambers of Congress have already concurred the nomination, with the Senate concurring on December 11, 2017 and the House of Representatives on February 20, 2018.

However, the award has yet to be bestowed on Santiago because the joint resolution is still pending before the office of President Rodrigo Duterte.

Narciso Y. Santiago Jr., husband of the late senator, expressed hopes that Duterte will finally confer the award to his wife.

“(The resolution) was sent to Malacanang. The last time I heard, it was pending with the Office of the president,” Santiago told INQUIRER.net in an interview on Friday, her birth anniversary.

The feisty senator, known for her wit and humor, passed away on September 29, 2016, months after she ran for president against Duterte and four other candidates.

“I hope they will have time and kind consideration for this joint resolution,” Narciso said. “We support the president. We believe in what he is doing, and I hope he will succeed.”

Santiago was the first woman to be nominated to the Quezon Service Cross. Only five Filipinos have been conferred the award ever since: Carlos P. Romulo in 1951, Emilio Aguinaldo in 1956, Ramon Magsaysay in July 1957, Benigno “Ninoy” Aquino Jr. in 2004, and Jesse Robredo in 2012.

An inspiration to the youth

“In conferring the award, more youth would be inspired to serve the country no matter how difficult the challenges are, and that they would always fight for what they think is right,” he said.

Having served in all three branches of government in her entire life of public service, the late senator was obviously qualified to be conferred the award, Clamor said.

“She is very qualified. She has already served in all branches of the government. Let the next man be a lady, the ‘Iron Lady of Asia,'” he also said.  /vvp