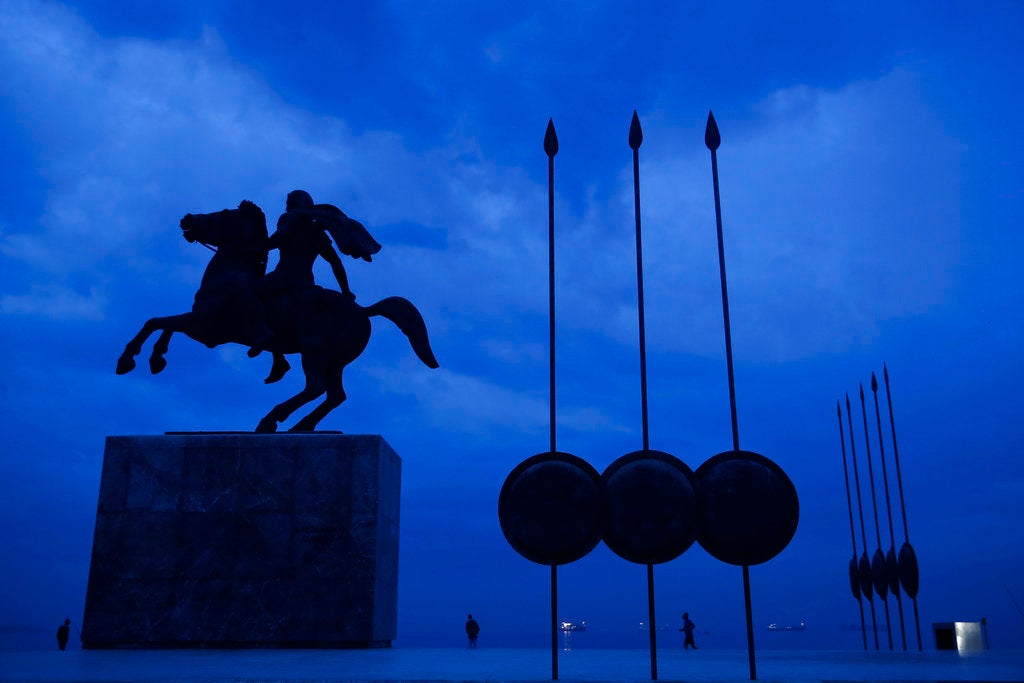 FILE – In this Wednesday, Oct, 8, 2014 file photo, a modern bronze statue of Alexander the Great is flanked by copies of round shields and the Macedonian infantry’s Sarissa pikes, in the northern port city of Thessaloniki, Greece. Officials in Greece and Macedonia say Tuesday, June 12, 2018, they are close to reaching a landmark deal on a long-standing name dispute, to protect Greece’s region of Macedonia, birthplace of ancient warrior king Alexander the Great, but the Greek coalition partner has vowed to vote against the proposed agreement. (AP Photo/Petros Giannakouris, File)

ATHENS, Greece — The head of Greece’s main opposition party is criticizing a deal reached between Greece and Macedonia to end a decades-long dispute over the latter’s name, describing it as “deeply problematic.”

Conservative New Democracy party head Kyriakos Mitsotakis called on Greece’s president Wednesday to intervene so the deal can be debated in parliament before it is signed, instead of after. The agreement, under which Macedonia will change its name to Republic of North Macedonia, is expected to be signed this weekend.

The name dispute has poisoned the two countries’ relations since Macedonia gained independence from Yugoslavia in 1991. Greece wanted its northern neighbor to change its name, saying the term “Macedonia” implies a claim on the territory and ancient heritage of Greece’s province of the same name.  /muf