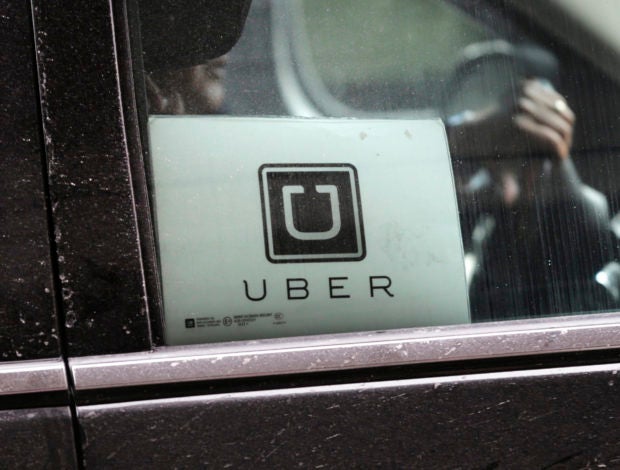 NEW YORK, United States — An Uber driver who booted two kissing women out of his car had his livery license suspended on Tuesday.

The New York City Taxi and Limousine Commission, which licenses about 180,000 drivers of car services and yellow cabs, called his behavior “ridiculous.”

The women, Alex Iovine and Emma Pichl, a couple in their 20s, were on their way from Brooklyn to Manhattan on Saturday when they exchanged what they called a “peck” on the lips. They said driver Ahmad El Boutari, who’s 35 and lives in Brooklyn, forced them out and a confrontation ensued.

A cellphone video taken by Pichl shows the driver saying that kissing in an Uber is illegal.

“You can’t do this in the car,” the driver says.

“Kissing is not illegal,” one of the women responds. “Why are we not allowed to kiss in an Uber?”

Fromberg noted that the city does not regulate behavior in Uber cars and similar services. But he called what the driver did to the women “an unacceptable and repugnant act that will not be tolerated.”

The Taxi and Limousine Commission is investigating.

Uber has behavior rules amounting to, basically, no sex in cars. But Iovine and Pichl said they were doing no such thing.

El Boutari told the Daily News that the women played loud music on their phones and one put her feet on the seat.

But Iovine said that was not true.

“We would never try to upset someone in their own car,” she said by telephone.

Then, “after we had peck-kissed, sitting on opposite sides of the back seat and not even touching, I saw him looking at me in the rearview mirror,” she said. “He was very angry.”

She said they were in lower Manhattan when the driver pulled over, opened a rear door and ordered them to “get out of my car.”

During the altercation, when Pichl started recording the scene, “he grabbed Emma’s arm to try to get her to stop,” Iovine said. “It was kind of a scary experience.”

Uber, which is based in San Francisco, has removed El Boutari’s access to its app, saying it does not tolerate discrimination. It said it is investigating. /cbb