LOOK: A day of stunning images at US-North Korea summit 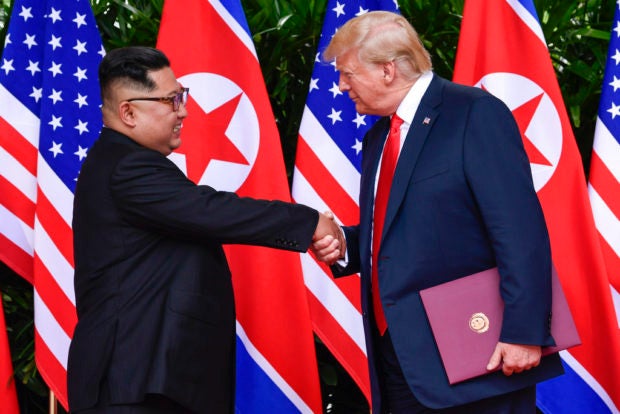 North Korea leader Kim Jong Un and US President Donald Trump shake hands at the conclusion of their meetings at the Capella resort on Sentosa Island on Tuesday, June 12, 2018 in Singapore. AP

SINGAPORE — It was day of high symbolism: smiles, handshakes and side-by-side flags for the leaders of two countries that have remained at odds since the 1950-53 Korean War.

For longtime watchers of the divided Korean Peninsula, the images of an American president and a North Korean leader standing, strolling and chatting together were stunning, even if expected.

Whether President Donald Trump and North Korean leader Kim Jong Un can navigate their way to a peace treaty is a major unanswered question. For one day, though, they offered a glimmer of hope in a conflict-riven world. 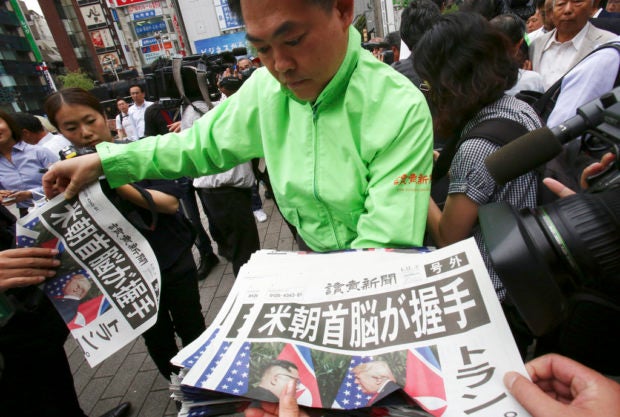 A staff of a Japanese news paper Yomiuri distributes an extra edition of the newspaper reporting about the summit between US President Donald Trump and North Korean leader Kim Jong Un in Singapore, at Shimbashi Station in Tokyo, Tuesday, June 12, 2018. AP 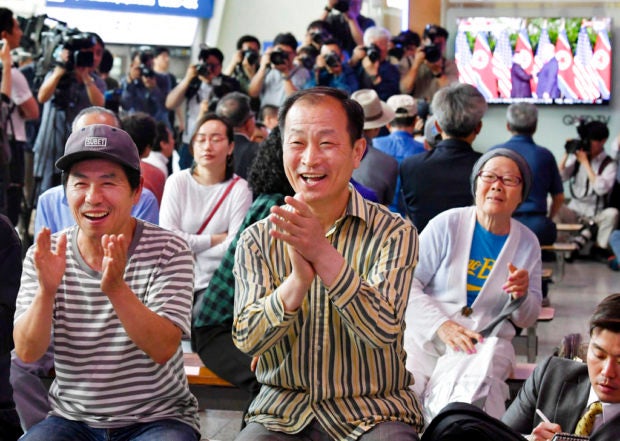 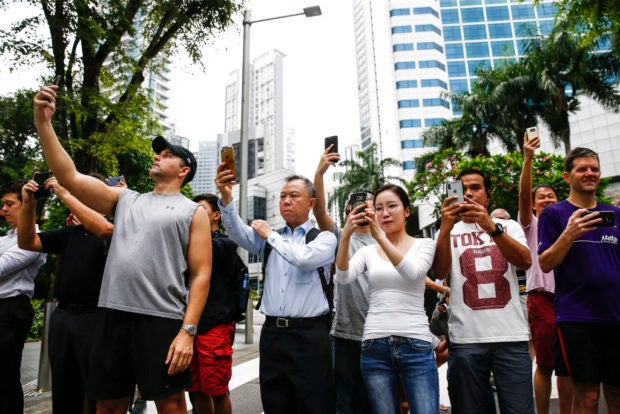 Members of the public take photos of the motorcade of North Korea leader Kim Jong Un as it leaves the St. Regis Hotel on the way to the Capella Hotel in Singapore, Tuesday, June 12, 2018, where the summit between Kim and U.S. President Donald Trump is scheduled. (AP Photo/Yong Teck Lim) 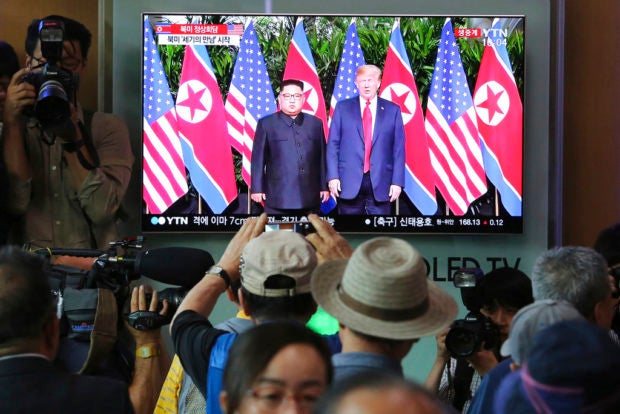 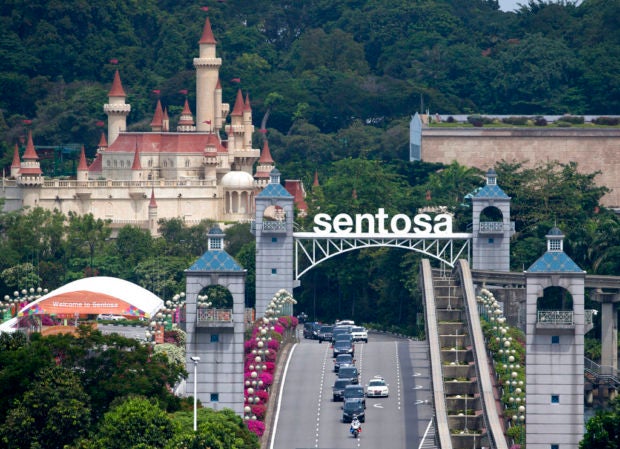